My Encounter with the ‘Mising’ Tribe 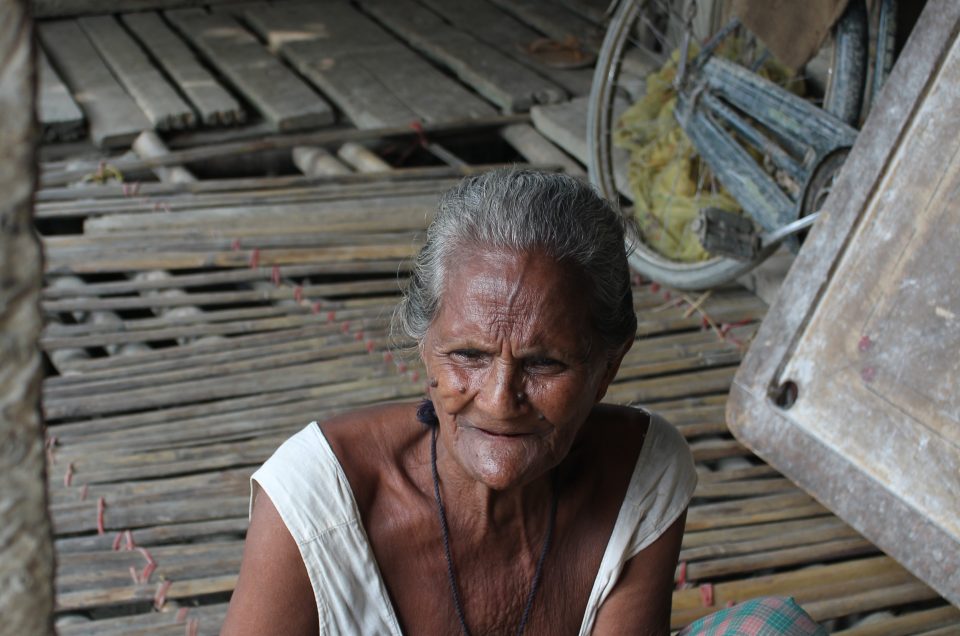 It was an unreal experience to share a meal with the Mising Tribe in Majuli, well don’t get me wrong the tribe is not missing they are pretty much there, but they are the Mising Tribe, you get what I mean, right! Right?

It so happened that we were so immersed in the beauty of Majuli that we lost track of time. It was our hunger that made us realize that we had drifted away from the main town area where there were few hotels. We started to walk in the direction of the town but on the way couldn’t resist the beautiful weaving work one tribal lady was doing outside her house.

Just to take a quick picture we decided to go and meet her, you know how it is, once you see a good photo opportunity you should take it because you never find it again. So in spite of being hungry, we went there, took her permission, which she gladly gave and started shooting. While taking pictures I was trying to make small talk, I asked her if she would sell what she was weaving. No, we weave this for ourselves, we don’t sell it nor we buy clothes from outside. Whatever we want we make it ourselves, she said. Then all of a sudden I don’t know why, but I guess probably we were hungry; my friend asked do you make ‘Apong’ (local rice beer) too. She said yes, and if you want I can give it to you.

Our face was lit up as we said ok and she invited us to her house. When we entered her house it was as if we were entering a 400-year-old culture, the house was on the bamboos, which were in the river. The floor of the house was bamboos attached together but there was a gap of 5 cm between the floor bamboos, so we had to be careful not to keep our cell phones on the floor, because if you dropped it, the phone would slip through the bamboo and fall into the river, there is no way we can get it back. So after taking the necessary precaution, we sat down in her kitchen. Her mother-in-law was there along with her husband and her child Tanushree, quite a modern name for a Mising Tribal kid, she was the cutest little doll there. I was witnessing three generation of Mising Tribal people in their house, what a moment, how many people can talk about that.

The lady made us a fresh brew of rice beer, the smell was intoxicating, she served the beer in a non-conventional yet a familiar vessel, the teapot. It was the first time I was pouring beer from a teapot to my glass; well, as a matter of fact, it was the first time I was trying the rice beer and that too at a tribal home where it is made. The curiosity was building up as I was pouring the beer in the glass. The pale white drink with its sight intoxicating fragrance was making my taste buds come alive and when I took the first sip it felt like an explosion of sweet tangy flavour in my mouth. The rice beer was smooth and with every sip, it got better. We were relishing the age-old traditional rice beer (by the way they call it Apong) in its most authentic way, with the right people, right place and to add to that the lady asked, would you like to eat something. On hearing that we were like ecstatic, without even blinking I was like, yes. Who in their right mind would say no to such an experience, besides the fact that we were hungry? Will you eat pork, no problem I said since that’s the most authentic food we can get. So she served us rice, pork stew with dried pork and one of the most potent red chilly – Bhut Jolokia.

The food was basic but simply awesome, the rice beer was a perfect complement to it. We couldn’t thank them enough for this hospitality extended by them. After eating and drinking 😉 we offered them money since we city people don’t know how else to compensate to which they smiled and declined. That’s when we realized we were their guests and it humbled us even more. We couldn’t thank them enough for an unforgetful experience with their family. A Mising Tribal Family in Majuli

Wow!!! What a beautiful experience!!!

Beautiful!! Some people are just simple and kind.. 🙂

My Encounter with the ‘Mising’ Tribe