Your trip to Ziro valley is incomplete without meeting the Apatani tribe, we were fortunate to meet the modern generation of Apatani tribe who lived in the cities and were driving to visit their grandmother living in Ziro. They came as saviours to us as we were stranded in Potin (a small village in Arunachal Pradesh on the way to Ziro) having no clue how to reach Ziro valley, they gave us the lift till Ziro and on the way, we discovered how their lives were.

Beautiful Ziro Valley during the afternoon

We know them as Apatanis but they also liked to be called as Tanis, initially they used to be a migratory tribe in the Apatani plateau but with time they have made Ziro Valley as their home. And why not, have you seen Ziro valley, it’s a must visit for all the travellers, photographers and people who want to seek cultural experiences.

Apatanis have a very rich oral tradition and all the culture is passed on from one generation to the other in this format. Now the modern ones have started documenting it. One of those tales is the reason why many of the tribe’s women have tattoos adorning their faces and large nose plugs in their nostrils.

It is said that the women of this tribe were extremely pretty and used to be abducted by men of neighbouring tribes for their beauty. And in order to make them less appealing, they started making tattoos on their face and inserting nose plugs from a very young age. I wonder if this strategy actually worked because they look stunning even today in spite of the tattoos and the nose plugs. And when I told this to my friend’s grandmother she couldn’t stop blushing. 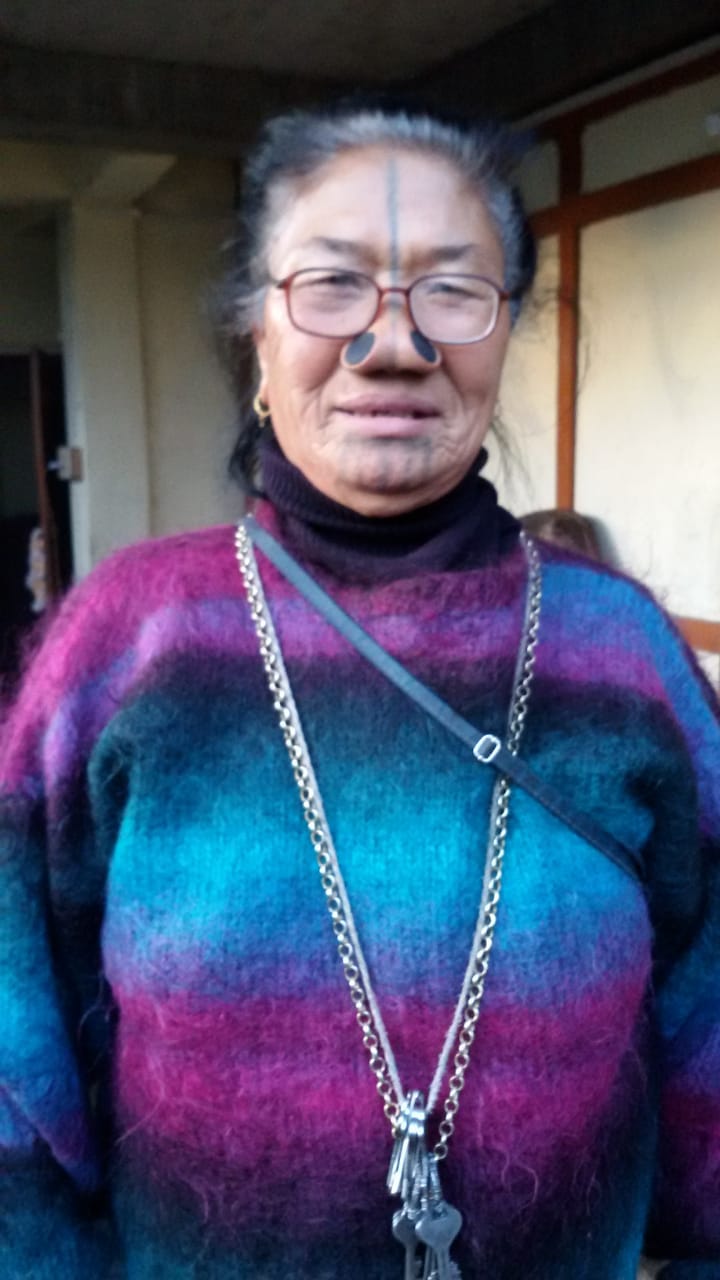 She told us that she got the tattoo when she was around 10 years old, her mom along with another elder woman made it for her, even though it was a painful process she was happy to get it because it was a matter of pride and identity. In those days the ink was made up of pig’s fat mixed with soot from the fireplace. The women have a thick straight-line tattooed from the forehead to the tip of the nose and five straight lines on the chin. The men were fortunate and just had to go through the brunt of having a small T shape tattooed on their chins.

Somewhere I felt she had a mixed feeling of happiness that the young girls don’t have to go through that pain but at the same time she was feeling their identity was being lost. On further discussion, she said as per the folklore our tattoos were made to prevent abduction and these days we are living in a safe environment, so its good to go back to the original identity. She also thought it was a good move from the government to ban nose plugs and face tattooing in the early 1970s, due to which most of the Apatani tribal woman with tattoos are above the age of 45. 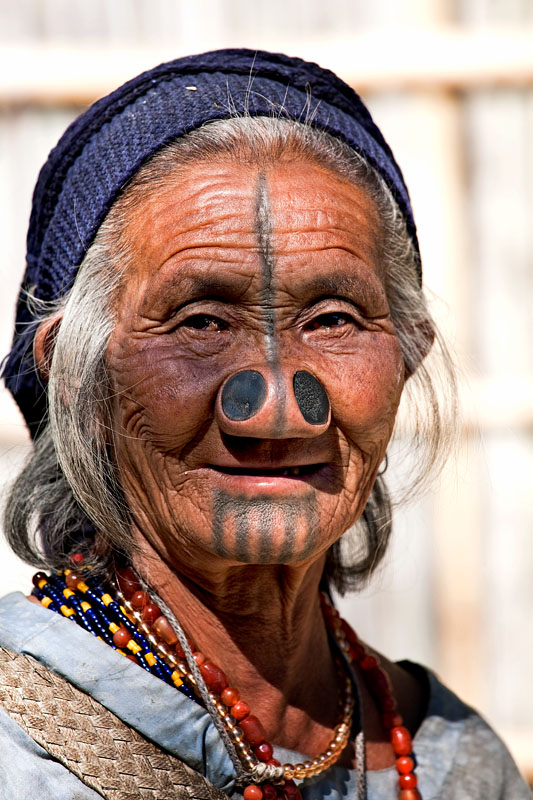 Tattoos and nose plug on an old Apatani woman

It will be unfair to just restrict Apatani tribe to their nose plugs and tattoos, they are one of the major ethnic groups of eastern Himalayas, and have a distinct civilization with systematic land use practice and rich traditional ecological knowledge of natural resources management and conservation, acquired over the centuries through informal experimentation. The tribe is known for their colourful culture with various festivals, intricate handloom designs, skills in cane and bamboo crafts, and vibrant traditional village councils called bulyañ. This has made Ziro Valley a good example of a living cultural landscape where man and environment have harmoniously existed together in a state of interdependence even through changing times, such co-existence being nurtured by the traditional customs and spiritual belief systems.

You can reach Ziro Valley

By Air: The nearest airport from Ziro is at Jorhat, Assam, which is 188 km away. Another airport is at Lilabari, which is at a distance of 123 km from Ziro.

By Rail: The railway stations from Ziro are at Naharalagun (100 km) and North Lakhimpur (117 km).

By Road: There is a night bus from Guwahati to Ziro.

By the way, the latest attraction in Ziro is the recently discovered Shivlinga.

The mythological story says that the Linga has been mentioned in the Shiva Purana (17th chapter) that the tallest Shiva Linga will be found in a place which will be called as Lingalaya and the entire area will later be known as Arunachal. Well believe it or not this could be one of the reasons to visit Ziro in the coming years. You can be there before it gets commercial.