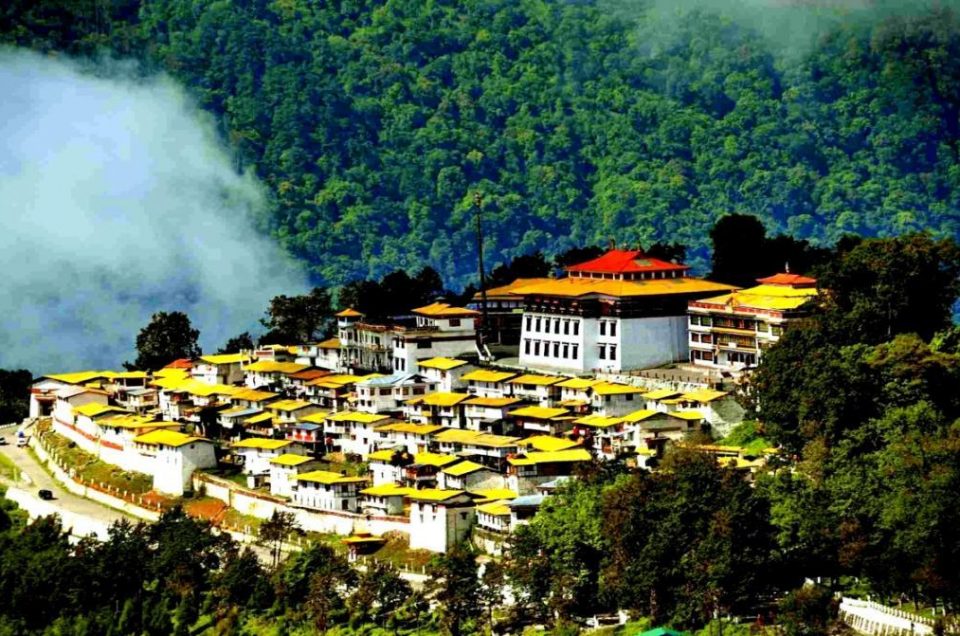 The thought of standing in the birthplace of Dalai Lama [The 6th Dalai Lama, Tsangyang Gyatso (1 March 1683 – 15 November 1706) was a Monpa by ethnicity and was born at Urgelling Monastery] makes you feel blessed, and as you stand there the breeze makes you wholly calm and composed while the valley engulfs you in its picturesque surrounding. This land of Monpa is called ‘Mon Payul Kyinochung’, which means ‘The Hidden & Blessed Land’. We know this place as Tawang, or it is also pronounced as Dawang. 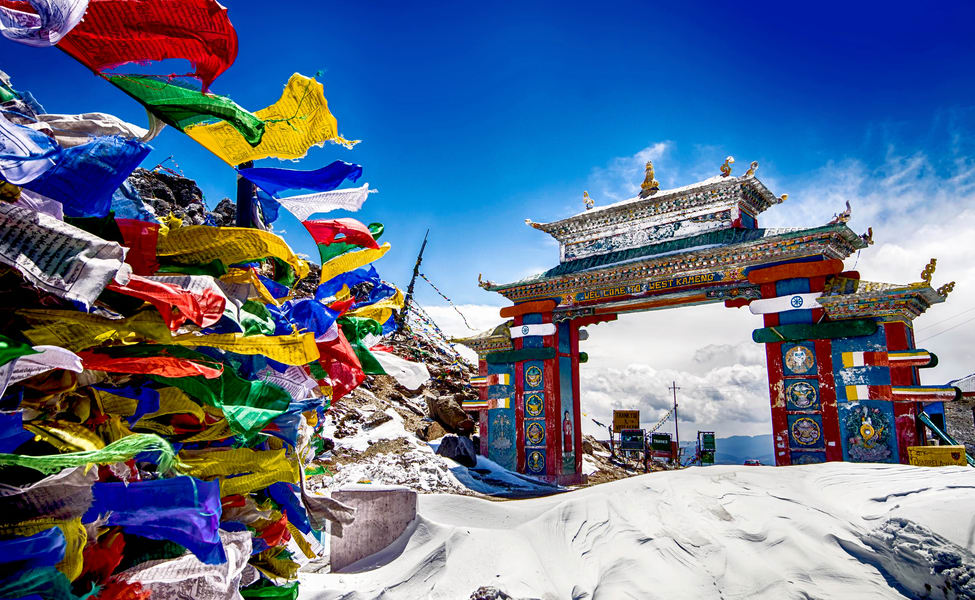 Located at the height of 3048m, it is a place where you can experience an amalgamation of local Monpa, Buddhist Tibetan and Hindu cultures on the terrains of the region.
Tawang is a place which will keep your senses heightened with its natural beauty but with so many Buddhist monks around you are bound to be hit by a sense of spirituality. Out of the many Monasteries, Tawang Monastery, which is a Tibetan Buddhist Monastery of the Gelugpa sect, is the most popular one. This was constructed in 1681 and is also the birthplace of the 6th Dalai Lama. Your trip to Tawang cannot be considered complete without paying a visit to this Monastery. This Monastery is the largest in India and the second largest in Asia. Here, you can also go through the fascinating collection of old Buddhist manuscripts. 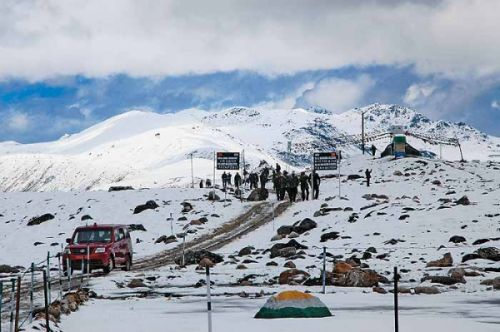 The other attraction is the incredible Bum La pass, which has so much of memorable stories around it. To access this place, you need special permission because it is the Indo-China border. Once you are there, you cannot miss the immense presence of the Indian army that will make your heart swell with patriotism. This pass has witnessed many memorable events due to which it has a special place in Indian history, it is also the place from where Dalai Lama entered India to take refuge, don’t miss out to check that route. You can also see the Indo-China Border Personnel Meeting (BPM) Point, which is one of the four meeting points between the Indian Army and People’s Liberation Army of China for regular consultations and interaction.

Every Indian must visit this spot to get an idea of how the 1962 war with China was fought. And when you are there try to fathom how the Indian Army would have managed to fight the war surrounded by high hills with snow. When you do that you will realise what our Army does for us so that we can sit at home safely. Before returning from that place ensure that you place a pebble stone in front of the heap of rocks, which is a tribute to the Indian Army guarding the border.

In the same region we have the most breath-taking place in the Himalayan regions – The Sela pass, and the divine Sela lake, these two are the incredible gift of nature to North East. Sela pass is literally the lifeline of people in Arunachal, and it is the only way to connect Tawang to the rest of the region. As you enter this pass, you cannot help but stop and admire the beauty, have some fun in the snow and will not feel like moving ahead.

Nestled among beautiful mountain peaks overlooking the Tawang-Chu valley we have the Tawang War Memorial which is constructed in shape of a stupa. This memorial has names of 2,420 soldiers who gave up their lives to protect our motherland. The names of these soldiers are etched in gold. There are personal articles of these martyrs can be witnessed over here. 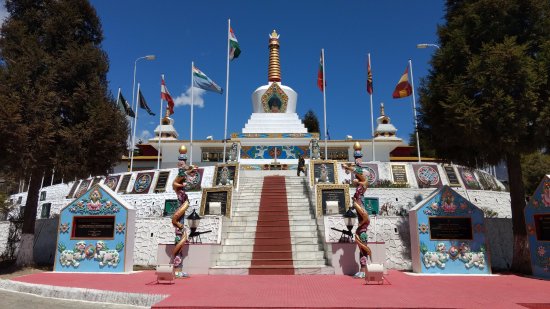 At a distance of around 21 km from Sela Pass towards Tawang we have Jaswant Garh, home of warrior Jaswant Singh who sacrificed his life for our motherland in the war against Chinese soldiers. He fought continuously for 72 hours, during the Indo-China war that occurred in 1962. A visit to this place makes you wonder how can one individual have so much courage and determination. Jaswant Singh’s display of valour and his love for his nation have proved to be a great source of inspiration to Indian soldiers, and I am sure it will be for you too.

The region is also blessed with the perfect climate for orchids, and the Tipi Orchid Sanctuary is an ideal place for witnessing some of the most beautiful ones. Shonga-tser Lake is another attraction which is also known as Madhuri Lake because the movie Koyla was shot there with Madhuri. The lake came into existence after an earthquake in 1950 before that it was grassland. This is the reason why you can see the presence of dead trees emerging from the middle of the lake that entices photographers across the world. 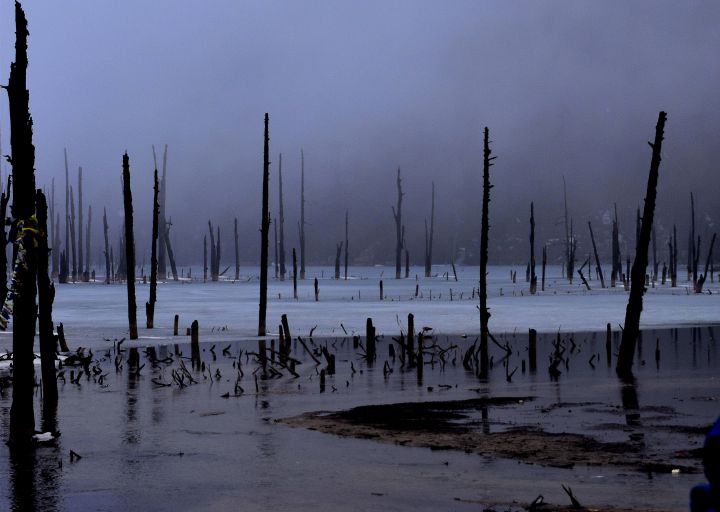 ‘The sacred and hidden land of happiness’ is definitely one of those places that you must visit, not just to witness some remarkable beauty of nature but to fill your heat with pride and honour our soldiers who fight for your safety in harsh conditions.

Outstanding. A photographer’s paradise. Wonder if breathing is not an issue.

What is the good time to visit this place?