Why you should travel with your sister 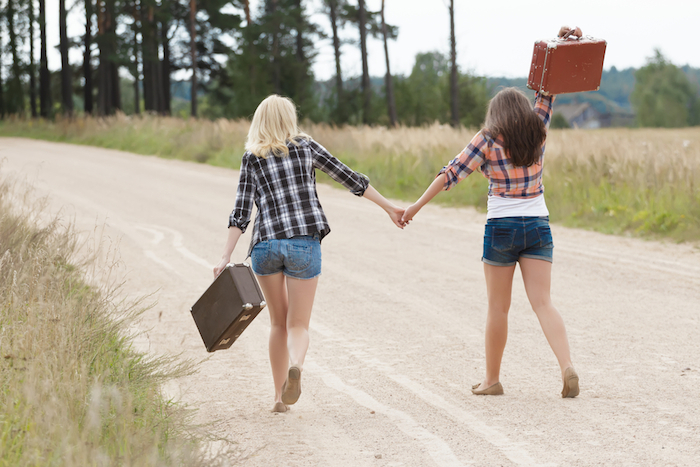 Imagine the crazy things that you did along with your sister while you were growing up. Things like refusing to shower, until the second your sister wanted to shower, and you ran into the bathroom before her. Or pointing at the bald guy on TV and saying that is your husband (some of you still do that, don’t you?) Sat on her just because she was sitting in the place where you wanted to sit. And as you grew a bit more, you both started becoming partners in crime, developed a secret code to trouble parents. Both of you helped each other to sneak out of the house. Even though you always said your sister was not pretty, but if someone else said anything against her, you would fight with that person. Secretly you always cared about each other. When you have so much in common then why not have a journey in common. As you grow up, travelling with your sister is the best experience you can have.

To begin with, getting permission from parents becomes very easy. Getting permission to travel with friends for two weeks might be a big no for most of the girls (somehow boys do get permission easily as compared to girls), but if you have a sister to travel with, then parents are more relaxed about it. They someway feel both of you will take care of each other.

When sisters are together they know each other very well, they have grown up together so they will have their secret nods and expressions, which only they will understand. When they travel and meet other people, they both would know if they are liking other company or not and both can help each other to get out of a tricky situation with their secret expressions. And no matter what happens on the trip the secret stays with them like a pinkie promise. I know of these three wonderful friends of mine who are literally like three sisters when they travelled to Spain, I am sure they had lots of fun, but they did not reveal anything to anyone of us. It was like sisters promise. After all, what happens in Spain remains in Spain.

Let us face it sisters would know each other from childhood, so they are used to each other’s tantrums and mood swings. It will be easier for a sister to handle it as compared to a friend. And moreover, they can be themselves and do not have to pretend to be someone who they are not during the trip. Once when I was travelling in Hong Kong I had two sisters travelling with me, they both had very different taste and liked doing totally opposite things. They kept fighting throughout the trip, but at the same time, they understood each other’s point of view since from childhood they were like that. Over the years they had devised a formula between them to resolve their issues amicably. It worked wonderfully well, I never had to intervene between them, and of course, I had to go through the pain of listening to both side of the story each and every time. Well but that’s what friends are for.

Sisters can plan the itinerary together, which is an exciting process for them. They tend to involve their parents too in the process as far as flight booking and some sightseeing are concerned. The other unmentionables they keep it among themselves. They always get to be a partner in crimes. Besides that packing becomes easier, most of the clothes and accessories are generally shared between them during the trip.

Travelling with your sister also ensures that you can be free to do what you want. You will always know she will be there for you no matter what. If one sister decides to break a leg, the other one will stay on guard and vice versa, that way both of you will have your time of fun during the travel.

Go ahead with your sister and roam the streets that you never did, visit the places that you have seen only in pictures, do the things that you have only dreamt of, you sisters will be there for each other. The memories that you both will create will be cherished for a lifetime. Imagine what stories you will tell when your kids how you and your sister were.

Why you should travel with your sister