The ‘Sacred Forest’ of North East 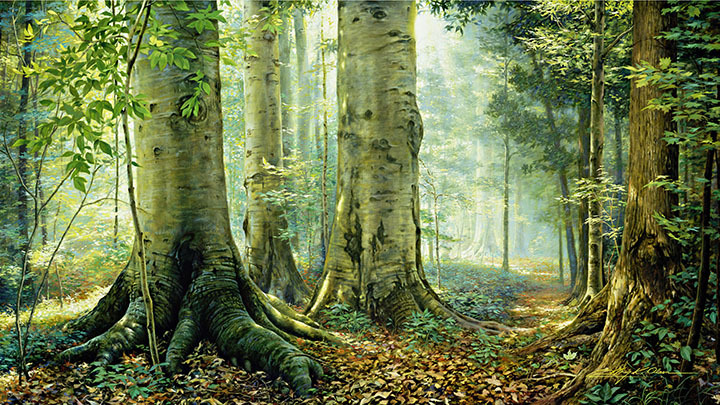 I have been exploring the North East of India for a while now, it is one of the most beautiful places in India which is still unexplored in many ways. There are multiple tribes, food, culture and the landscape is just stunning. During my visits, I kept hearing about the Sacred forest and how it is protected from within by Gods. This time also I was not planning to go to that region where the sacred forest is but some circumstances made me go there. I think it was some type of calling to visit the sacred forest.

When I reached closer to the forest, I felt it was like any other forest that I have been to, it was a dense, rich forest. I was accompanied by my local friend who belonged to the Khasi tribe, he told me that there are all types of plants in the forest including medicinal and carnivorous plants. He also mentioned there were Rudraksha trees the seeds of which are used by Rishi Munis to make Malas / Chains. And there is one fascinating property of Rudraksha Malas. If you hold the Rudraksha Malas / Chain over any food item, and if it is poisonous it will rotate in an anti-clockwise direction. If it is good to eat and pranic in nature, it will turn in a clockwise direction. If it is good to eat but not pranic in nature, it will swing like a pendulum. Apparently, in the olden times, people used to eat anything from the forest and fell sick or died. So to prevent that they figured out this unique life-saving property of Rudraksha Mala / Chain.
This story of his actually made me wonder what other secrets does this forest holds within. With a lot of excitement, I entered the forest, even though the forest was very dense my friend assured me that I won’t get lost, which I believed because he literally grew up in the forest. I roamed inside the forest, spotted some lovely birds; ant hills were pretty standard, it had some fantastic form of plants, flowering trees, orchids and butterflies. If you are a nature lover, this forest is handcrafted for you. Then my friend showed me the sacred-groves. This sacred grove or the woods are a grove of trees are of special religious importance for them. They have been a significant part of their landscape. My friend pointed out the sharp contrast between the forest trees and the trees in the surrounding areas.

These groves are generally rimmed by a dense growth of Castanopsis kurzii trees, forming a protective hedge, which halts intrusion of Pinus Kasia (Khasi pine) which dominates all areas outside the sacred groves. Inside the outer rim, the sacred groves are virtually Nature’s Own Museum. You can see the densely covered grounds have a thick cushion of humus accumulated over the centuries. The humus-covered grounds likewise harbour myriad varieties of plant life, many of which are found nowhere else. Of course, when you see so much natural beauty people do get tempted to pluck one flower, cut one tree and take it with them. But this never happens here.

According to a legend, it is said that there is a local deity, Labasa, who resides in the forest and protects the forest. One important thing you must remember is that you cannot take anything from this forest, not even a dry leaf that is fallen on the ground. Everything belongs to the sacred forest, and it has to be there. Once an army tried to take a dead log from the forest, but they couldn’t leave because the truck did not start. Then when they kept the log out of the truck, it started. So the army respected the laws of the forest and did not take the log with them. There have been other cases when someone has taken something from the forest and have fallen sick and died. My Khasi friend warned me not to take anything from the forest. There were so many unusual things all around which were so tempting. I wanted to pick them up and put in my bag.

Later he took me to see the monoliths, where the tribal people made sacrifices. They sacrificed animals there to make their wish come true. Which is pretty typical with the tribal people. But in this forest, they had to be extra careful. If they went for sacrificing an animal, they need to have all the materials with them while they enter. They need to perform all the rituals correctly; otherwise, the deity gets angry. It is said that when the deity gets angry, it appears in the form of a ‘Snake’ and when happy it appears as a ‘Leopard. ’

My Khasi friend pointed out that there are trees, which are said to have a cure for diseases, even breast cancer. But I wonder how we can prove it if we take it out the person will fall sick and might die.

One another exciting plant I saw was the Lily Cobra, which has a leaf and a twig that looks like the head of the cobra.

Once I came out, I realised we had spent almost four hours in the forest walking and admiring it. I must say the Sacred Forest bewildered me.

Overall it was a great experience, the time spent in the forest along with the stories were surreal. If you are in that part of North East, then you should visit this Sacred Forest. It is also known as the Mawphlang forest, an hour’s drive from Shillong.

Nice. So, how do you get hold of local guides when you travel?

We have our own team there.

The ‘Sacred Forest’ of North East