Have you heard of Mithun? 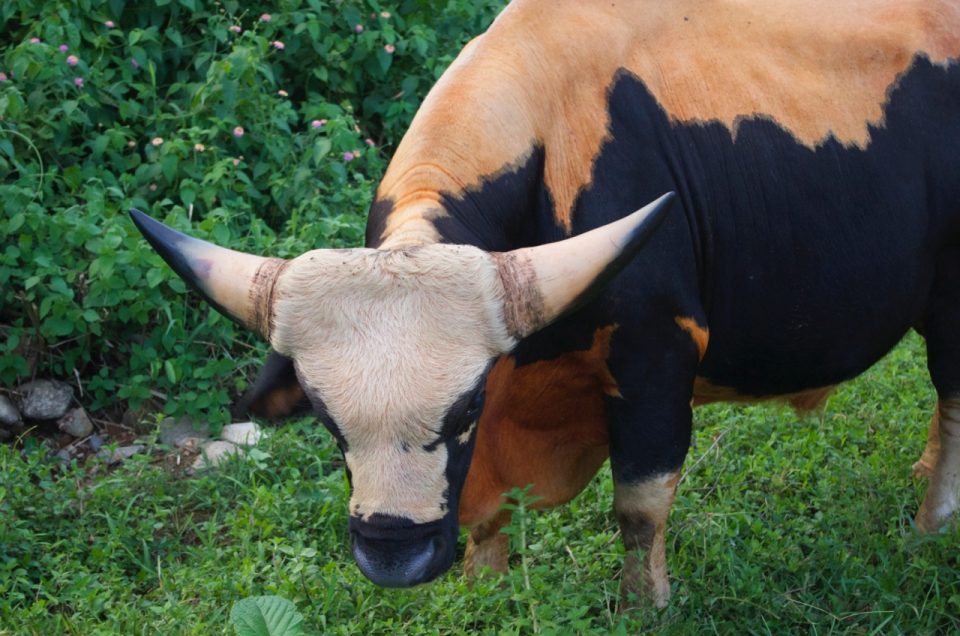 Visitors to North East states of India wonder why cows look so different and big in this part of the region. Mithun has striking similarities with a cow but it is not a cow. Mithun is a bovine species found in North East states of India. In this region it is referred to as ‘the cattle of the mountains’ or ‘ship of the highland’, is considered to be the descendant of bison or wild Indian gaur. Mithun likes to roam in the cold climates in mountains and feed on the forest leaves and shrubs.

Mithun is the most valued and sacred animal for the tribal people in the North East. The ownership of Mithun is considered to be the sign of prosperity and superiority of an individual in the society, it has a value equivalent to gold. During weddings in this region Mithuns are preferred choice of gifts, so more Mithun during a wedding means the more powerful the person. In fact, a local told me an interesting story about how during the old days (I am sure even now) when the child was born boy’s father would go to the girl’s father and decide that their children would get married when they are of marriageable age. And to keep the word they give Mithun to the girl’s family. But if at a later stage the families decide not to tie the knot then the girl’s family has to return twice the number of Mithun’s to the boy’s family. Mithuns are also sacrificed as part of various rituals including those performed during celebrations of festivals. Its meat has always been essential to the conduction of certain rituals. Besides Mithun milk is nutritionally superior to any other domesticated species as it contains high fat (8 to 13%), solid-not-fat (18 to 24%) and protein (5 to 7%). Due to high fat and protein content in Mithun milk, is useful for the preparation of different value-added milk products such as paneer, various sweet products, ghee, cream, curd and cheese.

As per the locals, Mithun is semi-domesticated, which means the owner puts a mark on his Mithun and let it go graze anywhere in the mountains. I am not sure how true it is but according to the locals, when the Mithun is small the owner feeds 2 – 3 kg of salt and after that Mithun always returns to his house.

If you know more about this interesting animal do let me know in the comment section.

Why does he feed Salt to Mithun? Mithun ko malik namak.khilata hain kya?

That’s what a local guy told me. I wanted to know if anyone knows more on this matter. Let me know

Have you heard of Mithun?