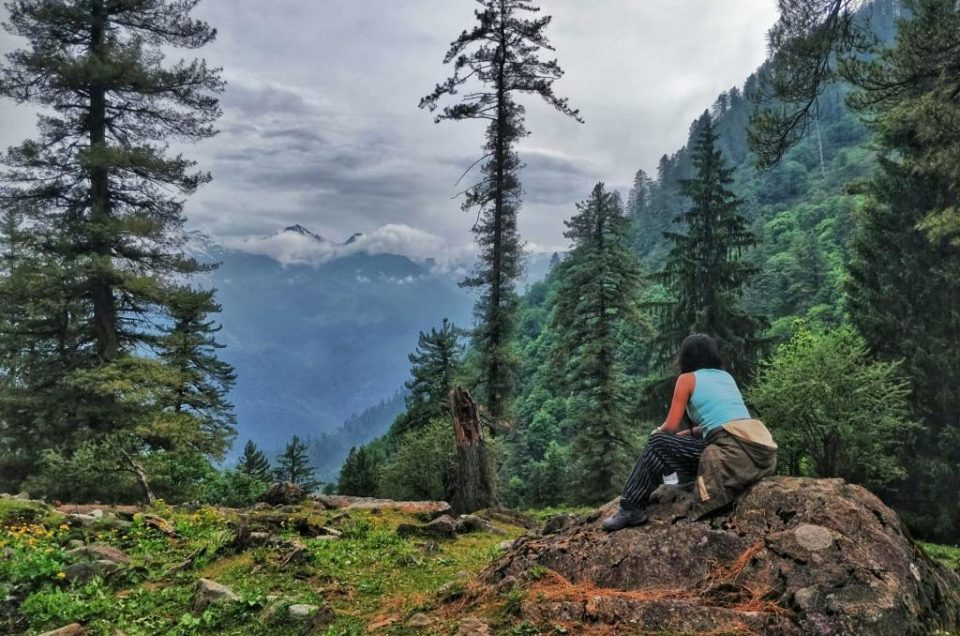 Are you mad to travel solo? Who will take care of you? I think it is selfish to travel alone when you have a husband/wife back home? I would like to come but I don’t have time? The world is dangerous, especially to people who travel alone? Does any of this sound familiar to you, especially when you decide to take a holiday and that too alone. And the best one is the sound inside your own head “ you will be lonely”. Just like any other person I had all these misconceptions about travelling alone. Before my first solo trip, I would imagine the world to be a very bad and dangerous place, movies like hostel added to the drama in my head. I thought it will get very lonely, sad, I won’t even last 2 days, etc. But I wanted to go and see the places, and nobody had time when I had time. So I thought if I don’t go and keep waiting for others to align with my plan then I might have to wait all my life.

One day I decided to inform friends that I am travelling and whoever was free can join me. I did not care even if I had to go alone, and as expected nobody had time so that became my first solo trip.

In my very first solo trip I realized travelling alone was awesome, I was never alone, I had dropped my inhibitions, nobody cared how I looked or behaved, there was no judgment of any type, everybody accepted everyone as they are, I ended up making some awesome friends some are still connected and some have dispersed in the web of time who hope to meet later in some junction of life.

So for all of you who think that solo travel is not for them because it is dangerous, lonely, etc. let me take this opportunity to debunk the myths.

Myth1: If I am travelling alone, I will be lonely.

Loneliness is one of the most depressing things to happen to a human being if you don’t know how to enjoy it. And yes there will be times during your travel you will feel lonely, but then that happens to all of us even in a crowded city like Mumbai. So it is more of a state-of-mind which you have to overcome. When you travel alone and if you drop your inhibitions you will end up making more friends in one week on the road than you would have made in one year back home.

And you will be surprised to know that like you there will be many more people travelling alone. These days I see more and more females travelling alone. And it is really encouraging to see from a travellers point of view that the world is becoming a safer place for females. Thanks to social media you can find online communities that are specifically for solo travellers, where you can share your travel plans and connect with other travellers who are in the same region during that time. If there are any updates from that region you can post or they can post and be connected. I never feel alone during my solo trips. It is really funny that during my solo trips I feel like taking some time out for myself and read a book.

Myth 2: Solo travelling is only for singles

Most often than not we believe that if you are in a relation everything needs to be done together or there is something wrong between you two. And I used to think that is true until I started travelling and meeting people who were in relations but doing solo travel.

Their reasons would be as simple as both wanted to see different things based on their interest and it is totally fine. Many relationship experts say that is totally healthy. Sometimes one partner cannot get a holiday from work while the other has, or maybe one partner has decided to take some time off to do soul-searching on a solo adventure. There are times when one partner takes off early and then mid-way during the trip meets the other half. Just because you are in a relationship doesn’t mean your life no longer exist. In fact, travelling solo can make the relationship even stronger.

Myth 3. You must be really courageous to travel alone

I used to think people who travel alone are very brave and cool. But later a friend of mine who travels alone more often than not told me it is scary for him too during the first trip. After all, we all are humans and we don’t know what to expect. The same thing happened with me when I was going for my first solo trip. I was creating all negative stories in my head ( I guess that’s our brains’ way to keep us safe) and was scared like hell. Then later during my trip after meeting wonderful people and having some great experiences I was wondering why was I getting scared.

And that’s when it hits you that you don’t have to be sure of everything or very courageous of everything, you just need to go with the flow and see what happens and on the way learn to deal with the situation and have fun.

Myth 4: It’s dangerous to travel solo, especially as a woman

Have you seen the movie, Taken? The one where Liam Neeson’s daughter gets kidnapped in Europe and he kicks major butt and rescues her? Or what about Brokedown Palace, where Claire Danes get thrown in Thai jail when a handsome stranger plants drugs on her? Thanks to Hollywood this is the image that gets created in our minds when we think about girls travelling solo. It is not surprising that women are told not to travel alone.

Remaining safe on the road is all about believing your instinct, behaving abroad like you would at home. Would you get super drunk alone at a bar at home? Would you walk around alone at night? Talk to the locals at your guesthouse about what you should watch out for, and practice common sense. What kept you alive at home and keeps you alive on the road, too.

Check of some blogs that I find very interesting will inspire all the women to travel solo: Alex in Wanderland | Me! Be My Travel Muse | Young Adventuress

If you are a woman then travelling solo is safe and doable. Millions of women travel solo. Over a period of time, it turned out that solo travel is not dangerous, boring or lonely as I used to think in the beginning. I ended up discovering new facets of my personality, being able to hold a different point of views in my head and be perfectly fine with it, learning to see the society or stories from another point of view. It is always great to go to any place you want and do what you want without having to wait for someone or answer to someone.

As years pass the solo traveller keep increasing. There must be some reason, hmmm wonder what?

Hey..Nice one and relatable. It is definitely not as scary as it is made out to be 🙂
Read an account of my first time https://amerakulouslife.com/2019/08/05/going-solo/…