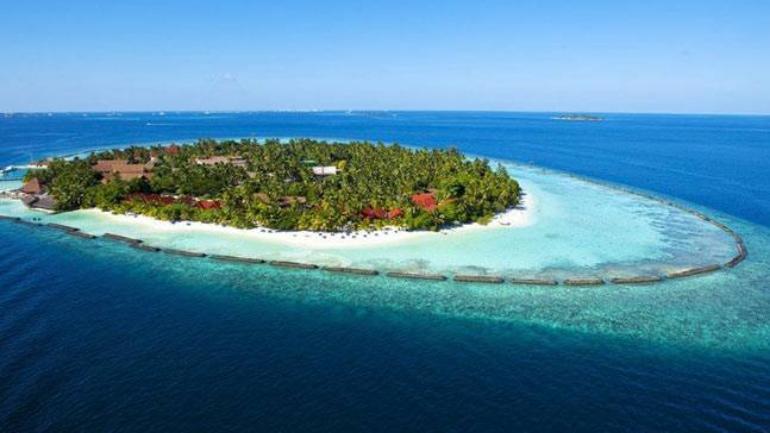 Andaman and Nicobar Island for a lot of us is still a mystical place, most of us are not sure if it is in the Arabian Sea or the Bay of Bengal. We have heard about the beautiful pristine beaches, scuba diving and what else, hmmmmm ya that prison do you remember which one.

Let me tell you The Andaman and Nicobar Islands are one of the most beautiful and mysterious places on the planet. Did you know there are around 572 islands and only 37 of them are inhabited? You can go to Andaman but to go to Nicobar you have to be part of some research and survey team then only you get permission easily it is very difficult for a normal tourist to go there. Most of the places in these islands are unexplored, which means there are many secrets some discovered some waiting to be discovered.

Below are some of the interesting secrets that I got to know. Would you believe me if I said most of us carry a picture of the island in our purse/wallet? Read to know

1. Andamanese is not the common language spoken

While one might be tempted to believe that the most common language would be Andamanese or Nicobarese but surprisingly it is Bengali followed by Hindi, Tamil, Telugu and Malayalam. This must be because of the presence of Netaji Subhash Chandra Bose in these islands. The native language is almost extinct today.

2. A place for the largest sea turtles

While the island is inhabited by some awesome marine life, but the most famous of them all are sea turtles. Dermocheleys Coriacea, the largest sea turtles in the world nest here. They are huge in size ( Length – 1.8 – 2.2 m (Adult) & Weight – 250 – 700 kg) and thousands of them flock to the Andamans every year. Additionally, even the Olive Ridely turtles come to the Andamans and use it as their nesting ground

Yes, that is true because commercial fishing is banned in this region due to which it makes an absolute delight for the divers. You can see varied flora and fauna along with some really cool fish. Some fish here are more than 20 years old.

The scenery on our red coloured 20-rupee note depicts a natural scene on the Andaman and Nicobar islands. It is a view from Mount Harriet, the third largest peak in Andaman. Wonder how many of us knew that

The only active volcano present in India or for that matter in entire southern Asia is in these islands. You will have to go to Barren Island, 135 km away from Port Blair to see this live volcano

During the world war II Japanese army occupied these islands and it is rumoured that they made a secret tunnel from Ross Island to Port Blair. One of the bunkers on the Ross Island leads to the opening of the tunnel to Port Blair.

7. India got the Andaman Islands in exchange of two districts

The Andaman Islands were originally a part of Burma (now Myanmar) and were traded by Pandit Jawaharlal Nehru in exchange of two districts of Manipur. Besides this, he also gifted Coco Island of the Andaman & Nicobar group of islands to Burma only in turn to be gifted to China by the Burmese. Coco Islands are the only islands in the Bay of Bengal that is in China’s possession since then.

Coral bleaching affects the coral reefs across the world due to which corals turn white and lose their natural beautiful colour. In Andaman and Nicobar islands their coral reefs are least affected in the entire world. Nearly 197 species of coral were identified in thirteen sites. Nearly 111 species of these 197 species are newly recorded – previously not known.

Now we know these islands as a place of beauty but in the past, it was associated with misery and torture. This place was home to the cruellest prison of all time, which is known as ‘Kala Pani’. Today the Jail is open to tourists, and a light and sound show at evening will give you a glimpse of the past.

Katchal island in this region made history with the first sun rays of the year 2000 (the new millennium) falling on it.

Japan occupied the Andaman Island in 1942. Though they continued to rule for the next three years, the Japanese theoretically gave up control over Andaman and Nicobar Islands handing them over to Subhash Chandra Bose on 8th November 1943. He renamed them as “SHAHEED” and “SWARAJ” islands respectively. But I guess nobody took him seriously.

These are some of the secrets of the islands. Let us know which one was ‘WOW’ for you and do post in the comment sections some other secrets that you would know.

Wow, i had no clue about the active volcano ( that definitely caught my attention) and there are a couple more points that you mentioned which i never knew before. This definitely is on my bucket list.

Island on our 20 rupee note and languages they speak!! I’m surprised