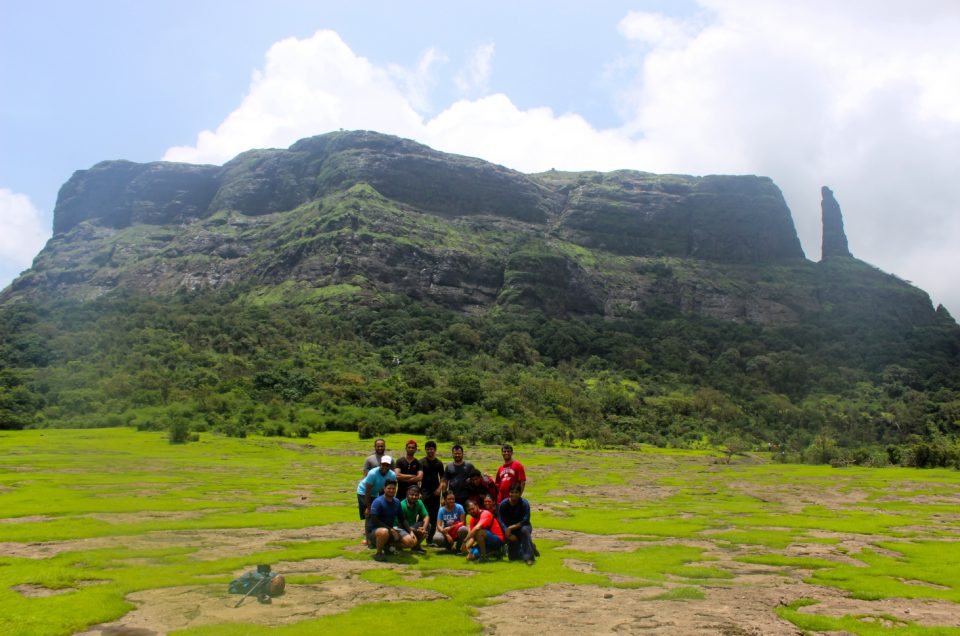 In Mumbai, everybody looks forward to monsoons for some relief from the scorching sun, but as soon as monsoon hits everyone starts cribbing because of the waterlogging, traffic jams, floods, etc. No doubt even I have the same complaints (we stand united in complaining) but for me, monsoon means the smell of the earth when the first showers hit, it means chai and Kanda bhaji, it means playing football, it means getting wet just for no reason and it also means a lot of trekking. In fact, Mumbai is blessed with numerous trekking spots around it. During monsoons, the entire region becomes lush green with multiple waterfalls. It is a perfect time to go out and enjoy rains in nature.

While trekking might sound scary and dangerous for many, but actually it is not. You just need to have a good guide who can explain to you the basics and take care of you during the trek. Trust me it is very simple. While there are many trekking spots of varied difficulties. Here I am going to mention some simple ones which can be done even by the beginners. 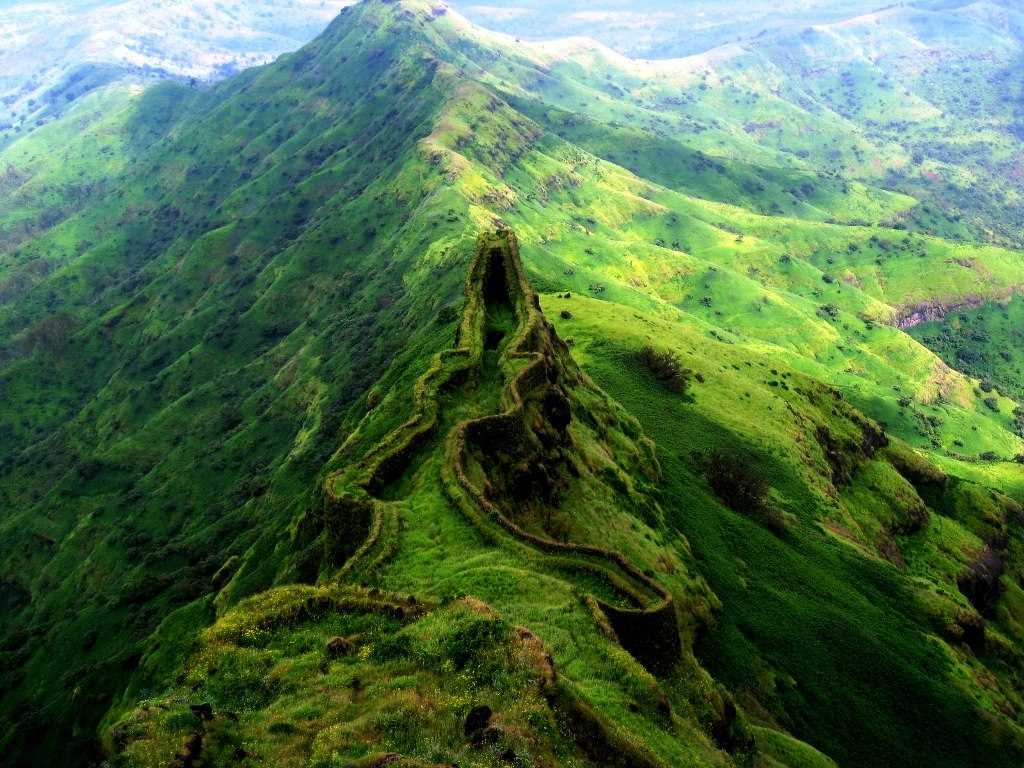 In the Maval region near to Mumbai we have the Tikona fort, it is a hill fort at a height of 3500m. Tikona is also known as Vitandgad in Marathi. But it gets its more famous name from the triangular shape it is built in. It is located near Kamshet The village nearest to the fort is called Tikona-Peth.

Till date, the fort commands awe and respect with its high fortifications, large doorways, seven water tanks with clean water and a spectacular view from its topmost bastion. The trek starts from the village of Tikona Peth and the journey to the top is awesome. After crossing several caves, temples and water tanks, you will reach the edge of the extended parapet from where you can take in the eccentric beauty of the surroundings. The trek is a fascinating one yet not very challenging, hence perfect for beginners. 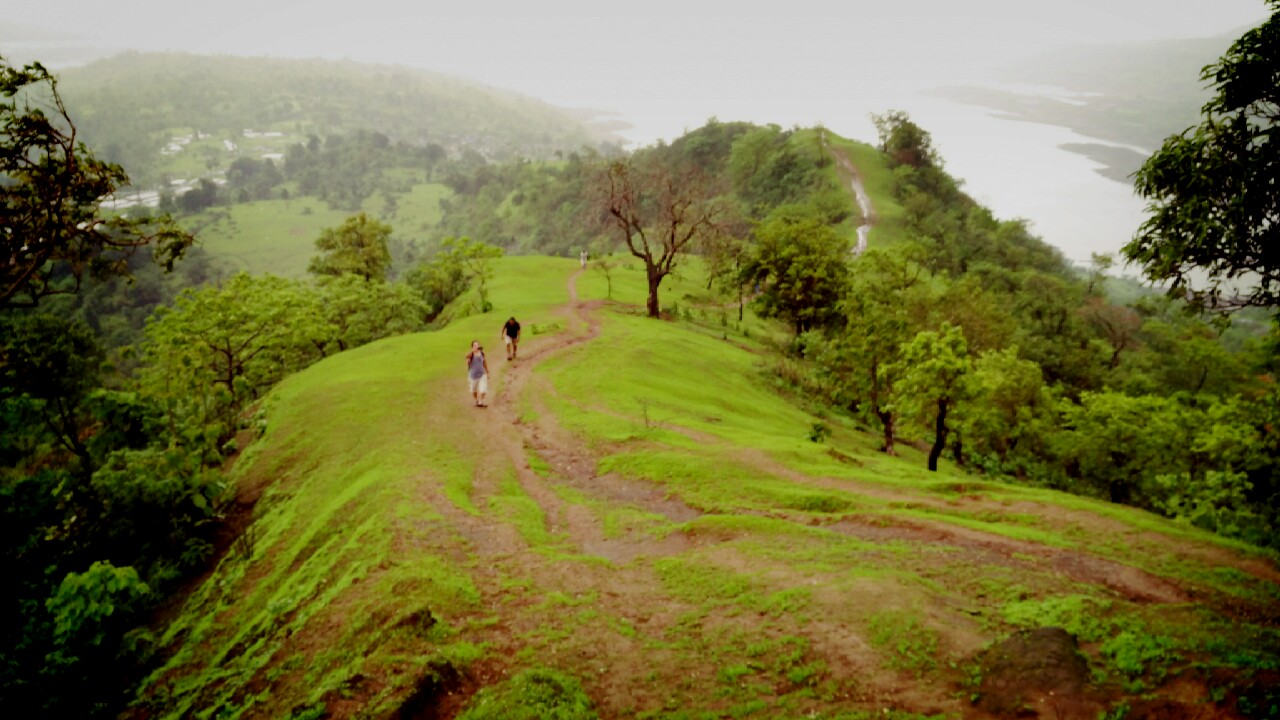 Matheran is a hill station that we all read about in our books as we were growing up. This place is like heaven for Mumbaikars who want to get out of the pollution and noise in search of peace. Matheran has 28 points and One Tree Hill is one of them. It’s the most preferred route by trekkers and also the most adventurous one of them all. Here, you will find small trails surrounded by some dense forest.

The entire trek in monsoon looks wonderful. As you start climbing you will witness the water body, then you will go through a small jungle and finally a rocky patch. There are a couple of waterfalls on the way that makes the trek very exciting.

While driving from Mumbai to Pune you would have seen a mountain patch forming a V shape. The pointed part is Kalavantani and the flat one is Prabalgad. Located in the mountain ranges of Sahyadris, the Prabalgad Fort is an offbeat trekking experience, near from both Matheran and Panvel. Situated in the Raigad district of Maharashtra, the fort is built on the height of 2300ft above sea level on a plateau.

The fort was built at the pinnacle of the rocky plateau very close to Matheran. Previously, the fort was known as Muranajan until it was taken over and renamed by the Maratha forces under Shivaji’s rule.

This monsoon trek takes you to the top to see the Prabalgad Fort as well as its sister fort, called Irshalgad, to bring you an experience of seeing the green scenery around from that height. Get an experience of trekking through green forests and reaching the top that gives you the most experience of the regions around. In monsoon, you can see multiple waterfalls.

Kothaligad is a small funnel fort near Karjat. The fort is also called “Peth Fort” because of its vicinity to Peth village. Unlike other funnel hill forts, the pinnacle or the funnel is carved from the inside, forming a circular staircase that reaches the top. This fort is very small in size but was used as an ammunition storage and defence station during Sambhaji Maharaja era. This fort is surrounded with other forts like Bhimashankar, Rajmachi, Dhak, Sidhhagad and Prabalgad.

This fort also served as a watchtower or a fort, depending on your interpretation. Because of its strategic elevation and location, the fort has passed many times between Maratha and British hands. Till 1862, the British held this fort as an outpost for vigilance. As with most Sahyadri treks, the best time to visit Kothaligad is during the monsoons. The interplay of clouds and waterfalls along the plateau walls is the best in this season. During the monsoons, the pinnacle is usually draped in clouds and you might have to wait for gaps in the cloud cover, to be able to peek at the countryside. An early start gives a better chance of viewing and photographing the surrounding countryside.

The climb from Peth village to Kothaligad fort is a bit steep yet beautiful. The trail provides a bird’s eye view over Bhimashankar plateau and rock walls. With every step risen the view keeps getting better and better. There are a series of caves and a rainwater reservoir at the base of the fort.

The superlative view from the top of the pinnacle combined with this unique and awe-inspiring engineering feat definitely deserves a visit.

Lohagad Fort means Iron fort in Marathi, situated close to the hill station of Lonavala and Khandala. The Lohagad fort was ruled by many dynasties. Shivaji Maharaj captured Lohagad Fort in 1648 CE, but he was forced to surrender it to the Mughals in 1665 CE by the Treaty of Purandar. Shivaji recaptured the fort in 1670 CE and used it for keeping his treasury. The splendid view of the Pawna Lake from the top, which is to the southwest of the mountain. The fort has been declared as a protected monument by the government.

One has to take stairs to reach on top of the fort. Where you will come across four doors. The first one is called ‘Ganesh Darwaaja’, the second one is called ‘Narayan Darwaaja’, the third one is called ‘Hanuman Darwaaja’ & the fourth one is called ‘Maha Darwaaja’. Out of this Hanuman Darwaaja is the most ancient of all the doors. Between Narayan & Hanuman Darwaaja there are two godowns which were used for storage purpose as a granary. After entering the Maha Darwaaja we come across an old ‘Dargah’. Besides the Dargah, there are remnants of the court. Towards right we come across ‘Laxmi Kothi’ which has many rooms. The treasury of Nana Phadnis was kept here. In front of this place are two cannons. To the western side of the fort is Vinchu Kata. It is 1500 meter long & 30 meters wide part of the mountain, separated from the main part. Viewing from the fort this area looks like scorpion’s sting and hence it is called Vinchu Kata. As named, this portion was to keep a watch on the surrounding region, and any activity of the enemy in its vicinity could be tackled.

This monsoon get-out of the chaotic city life and explore the wonderful mountains. Bring out your adventurous side and get addicted to trekking.

These are unusual option and quite “easy”. That’s interesting….