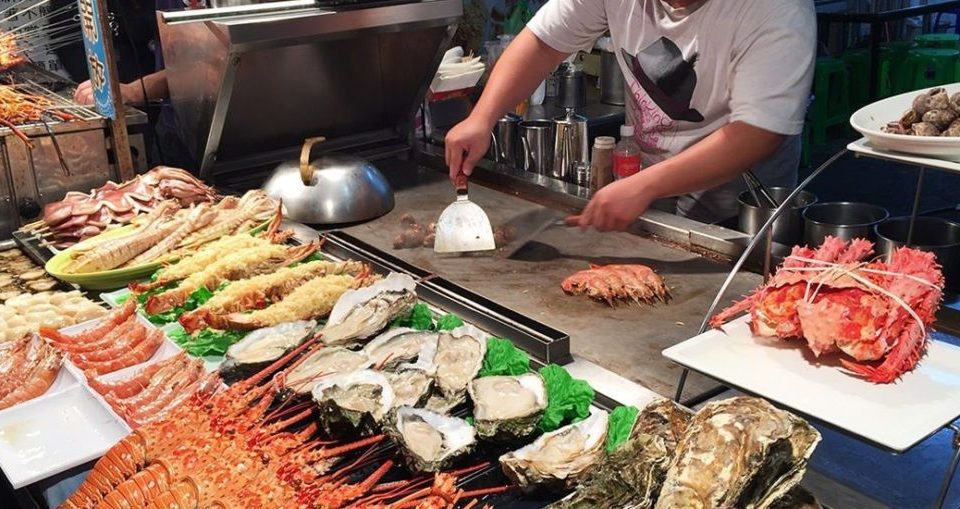 Andaman and Nicobar Islands constitute of 572 islands but it is very difficult to find the original food, which belonged to that region because we are not exposed to the tribes living there. However over a while right from the Cholas, British, Japanese and later people from free India had an immense impact on the food of the island. Since the sea surrounds it the island is known for its exquisite seafood delicacies.

Surprisingly you will find a Burmese and Thai influence on the cooking this might be due to the fact that the islands were originally part of Burma and were traded by Pandit Jawaharlal Nehru in exchange of two districts of Manipur. And secondly, the island is close to Thailand.

An awesome spread of lobsters, prawns, crabs and other fish are available across the island. In my experience, the food is always fresh and local joints are the best place to have them. You can visit a local shack, get your fresh catch and watch them cook it. You can also learn their recipe and impress your friends back home. No doubt seafood lovers will have a wonderful experience but there is plenty for vegetarians too. Rice, roti, dosa, idli and naan along with a variety of Indian curries are available in most of the joints around the islands

The island’s cuisine is heavily influenced by all the cultures that came into contact with the region. Like many other aspects of Andaman culture, the influence of the religions like Hindu, Christian, Muslim and also Sikh can be seen on the food here. Fresh coconuts are available throughout the islands and these are a perfect accompaniment during your stay on the island.

Since coconut is available in plenty, a dish without that is just unfair. Coconut prawn curry is an excellent dish prepared with the local spices of the island. Best to eat with rice.

You can enjoy your barbeque sea-food party on the beach. Catch fresh Sardines, Mackerels, crab, King Prawn etc and ask the local joint to barbeque it for you. An amazing way to spend time with friends.

No place in India can survive without a veg-thali, it is no different in Andaman. Rice, Roti and Naan are common along with vegetable bhaji and curries.

What will you try, when you are in Andamans?