Sikkim – The not so explored Paradise 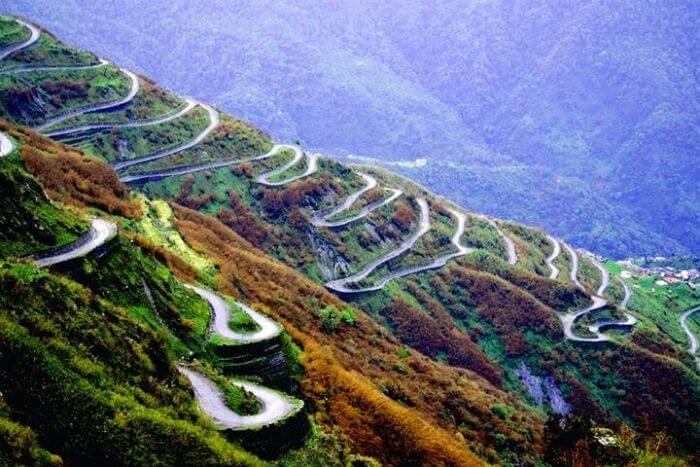 Traditionally Sikkim was part of the Silk Route that connected China, during my trip to Sikkim I was wondering how beautiful the journey would have been in those days and at the same time how treacherous due to lack of connectivity and weather conditions, but that’s me and my imagination, let’s assume that they had a good time traveling like modern-day travelers have in Sikkim.

As soon as you arrive in Sikkim you will be enamored by the green valleys, snow-capped mountains, faint sweet scent that gives you a hint of some kind of flower but I couldn’t figure out which one. The sense of wilderness and adventure is something that you cannot escape in this region and on top of that for a person who cares about what you eat, the delightful news is that Sikkim is 100% organic.

While interacting with locals you will notice that some of them call Sikkim ‘Paradise’ I did not doubt that. I was making a statement “Who needs to die to go to Paradise, just come to Sikkim.” But the fact is I was not the first one, Sikkim has been called by various names. The Lepchas, original inhabitants of the land called it Nye-mae-el `paradise’. The Limbus named it Su Khim or `new house’ while to the Bhutias it was Beymul Demazong `the hidden valley of rice’. On your visit to Sikkim, you will realize that each name is apt. But for me, the best one is Nye-mae-el ‘paradise’.

Interestingly enough unlike any other state in India, Sikkim has the steepest rise in altitude over the shortest distance, a piece of random information I came across but thought it might be interesting to mention it here. You will notice caves on the mountainsides which are considered to be holy by the locals; well I also visited few hoping to get some benefits 😉 As you go to higher planes you will sense a misty in the weather, the exotic flora the hilly expanses embellished by Sikkim’s two main rivers, the Teesta and the Rangeet, the picturesque villages, hot springs, and waterfalls have a compelling appeal. Even if you are not a photographer you can just randomly point the camera anywhere and click, you are guaranteed to get an amazing picture.

In Sikkim, you cannot miss the third largest mountain in the world, the crowning glory of Sikkim Mt. Khangchendzonga. This mountain is simply magnificent, keep staring at it for five minutes and you will feel like you are doing some kind of meditation. For the locals, Khangchendzonga is much more than a mountain and is revered as the abode of their guardian deity Dzo-nga.

Once you are there don’t miss the passes like Nathu-la, Jelep-la, Cho-la, and many others, which were at one time important corridors of passage between Sikkim and Tibet now it is a good tourist place.

In my next blog about Sikkim, I will be talking about their food and interesting places to visit while you are there. Till then have a wonderful time. And start planning your travel trips.

Sikkim – The not so explored Paradise