Phuket – an island you must visit 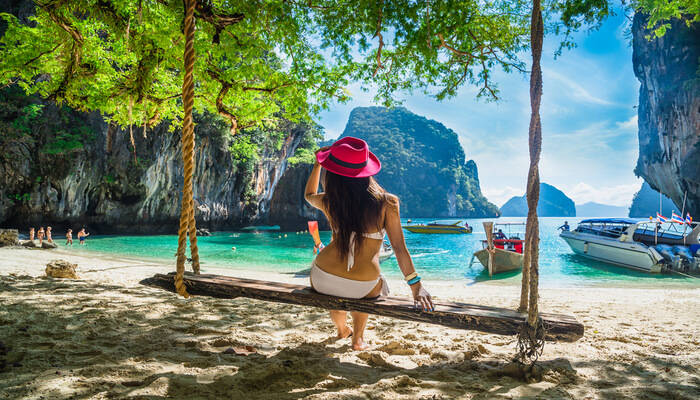 The island Phuket is a haven for travelers today with its idyllic tropical beaches and clear warm waters make it a perfect location to spend time with your loved ones. This destination was more popularized by Leonardo Dicaprio’s The Beach, where his character finds himself with a retreat to Phi Phi Island nearby.

But way before tourists discovered this island it was a very popular trading route between India and China. Phuket was probably one of the first islands, which had a huge foreign influence as compared to the rest of Thailand. During that time Chao Leh inhabited the coastal areas, sea-gypsies who made their living through piracy and fishing for pearls. Now Chao Leh villages can still be seen but very few due to the recent developments. They no longer do piracy but fishing is still a very integral part of their lives.

When you are in Phuket you cannot escape the handsome buildings constructed in the Sino-Portuguese style. This was done during the era when Tin was discovered there. Phuket had become a major supplier of Tin, which attracted many tin-barons, who stayed there and constructed buildings for their dwelling. The Tin Mining Museum can provide an extended experience.

Today, tourism is by far the island’s biggest industry with over 3 million tourists visiting the island annually, making Phuket one of the most popular travel destinations in South-East Asia

No matter at what time of the year it is said that Paradise is easily found in the island city, whether it is business or leisure. If the charming Sino-Portuguese structures have won you over, another location to visit would be Baan Chin Pracha on Krabi Road. The colonial influence has given this well-maintained mansion a nostalgic charm, with delicate colorful tiles and an open inner courtyard – so much so it’s a popular filming location.

The influence on the region can be seen in the diversity of food that will make you feel at home. The island has the best of Southern Thai, Chinese, Malay and Indian food. However, the major reason why you will love Phuket is the abundance of stunning beaches with fine white sands, nodding palm trees, glittering seas, lively towns, and absolute privacy. While families can go kooky with the upside-down house at Baan Teelanka or swirl away down slides at the Water Park, more exclusive retreats can be found Phi Phi, Phang Nga, James Bond Island (another movie location), Lanta and Surin, for anything from romantic enclaves to an encounter with sea gypsies. Over time, Phuket has evolved to suit every type of traveler with all kinds of budget.

Phuket – an island you must visit